Last weekend, GB Climbing Team Manager and Coach Ian Dunn visited DCC to deliver Fundamentals training to our staff and coaches from other centres across the North East.

Ian has been climbing for over 35 years and has experience of all climbing disciplines. With over 100 first ascents to his name in the UK, he has also climbed throughout Europe and in the USA. He has participated in and won competitions and considers climbing Revelations 8b at Ravens Tor to be his hardest route. Ian first climbed 8a back in 1989 and is hoping to repeat that feet again 23 years later!

Ian is the current Manager of The GB Lead Climbing Team and has been a Team Coach with the Juniors for the last 7 years. Ian has taken the Team abroad to many competitions and enjoys working with them through the stresses and strains of competing internationally, as well as setting training plans and running sessions for them back home.

Ian established Climb Rochdale in 2003 and has been instrumental in running the coaching sessions there. He has had many successes with a number of children making the British Team and coaching Randy Roby to win the Arco Rock Junior and to become the youngest person to make an ascent of an 8a in the UK. Since leaving Climb Rochdale in 2011, Ian has established his own coaching company ‘Coaching Climbing’ click here.

Ian worked for The British Mountaineering Council from 1983-86 as Technical Officer and has served a number of BMC Specialist Committees for many years. As a member of the Training and Youth Committee he was instrumental in establishing the BMC’s National Academy’s looking at Talented Young Climbers and ran pilot Academy’s at Climb Rochdale. He is also part of the Team developing the BMC’s FUNdamentals of Climbing Workshops and has been invited to be part of the Mountain Leader Training technical group working on establishing national coaching awards. The BMC Coaching Symposium was another of his idea’s; to share climbing coaching knowledge to hopefully enable coaches to develop talented climbers into winning athletes for the GB Climbing Team. Ian was also on the working group of The Association of British Climbing Walls that established the National Indoor Climbing Accreditation Scheme (NICAS) a five level structure for teaching climbing skills.

Ian is extremely passionate about coaching, and loves to see climbers both young and old achieving their full potential.

Team Durham Climbing Centre achieved Level 1 & 2 BMC Fundamentals taking away lots of new coaching ideas to implement on junior lessons and adult coaching at the centre. Thanks to all for taking part and thanks to Ian for his witty delivery! 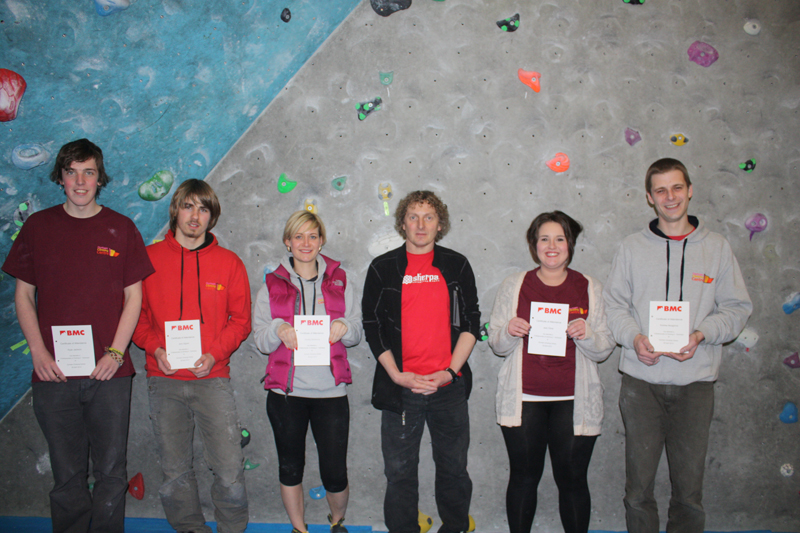 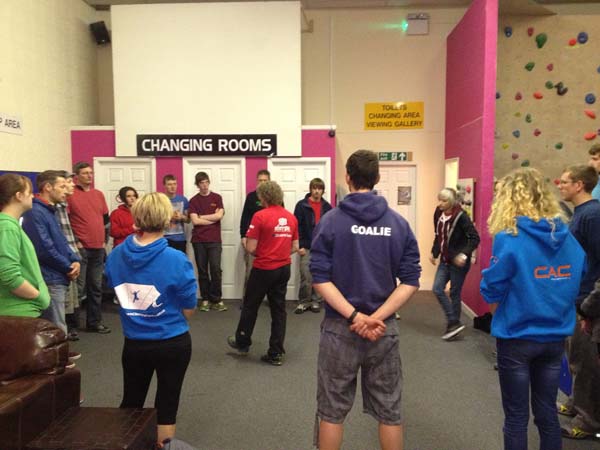 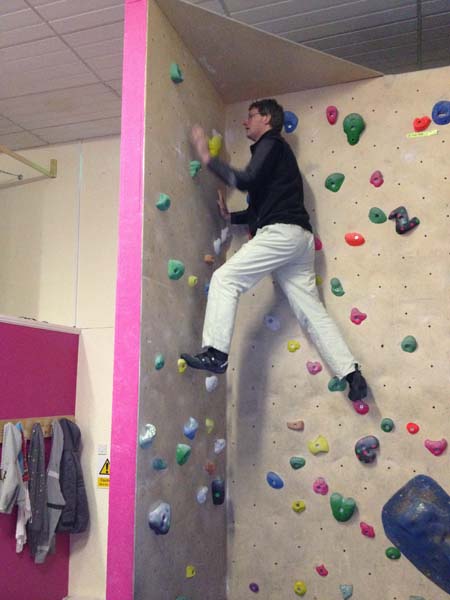 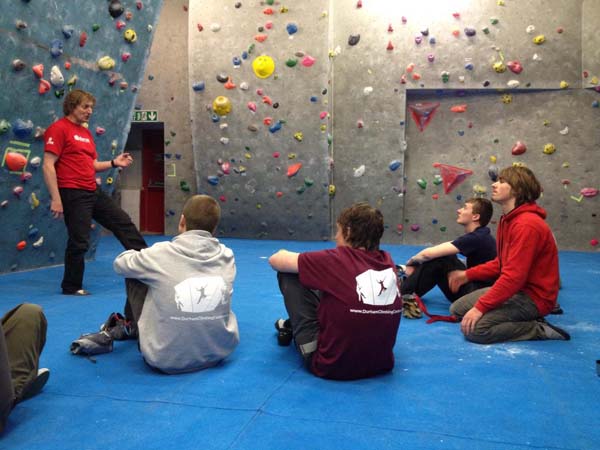