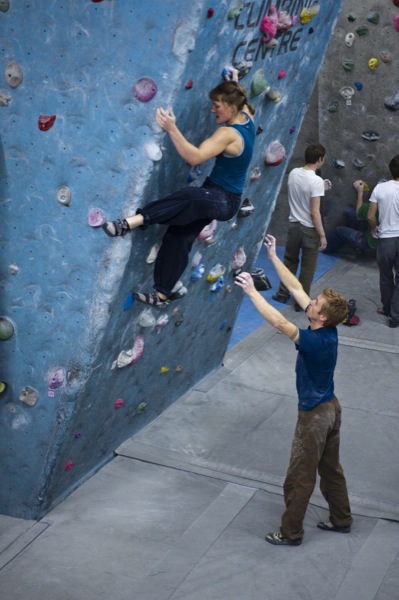 Last night we celebrated our 3rd Birthday with a friendly bouldering competition. Prizes up for grabs included 10 Session Passes and lots of chalk!

Tom Newman provided a challenging set of 25 problems ranging from easy to hard. Within the set were some brand new Core Holds including the giant technical sloper set up on the Volcano. As usual the centre was packed with our usual regular crowd and some exceptional climbers with a highlight for Adam Watson who flashed a V11 on the 45 wall.

Spectators aplenty, the atmosphere was friendly with the occasional beta being exchanged. Some of the problems would be worth working on over the next few weeks.

Compared to previous DCC comps, the set was a little harder, as you all know we like to mix it up! The competition problems will remain up for a few weeks so get down to the centre and have a try. Good practice for the Winter Series beginning on Thursday 18th November with the first round set by Professional Climber and Coach Gaz Parry. 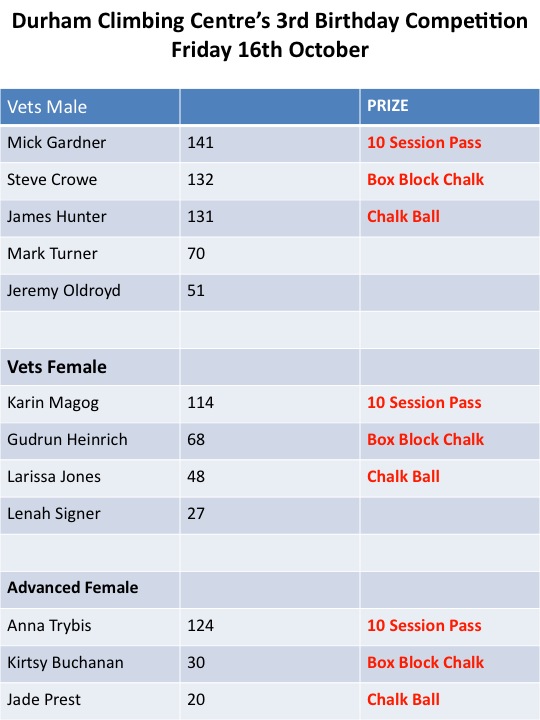 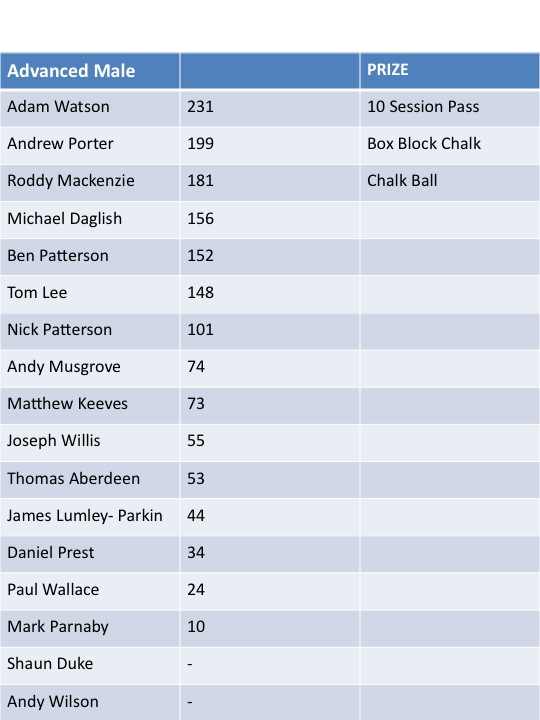 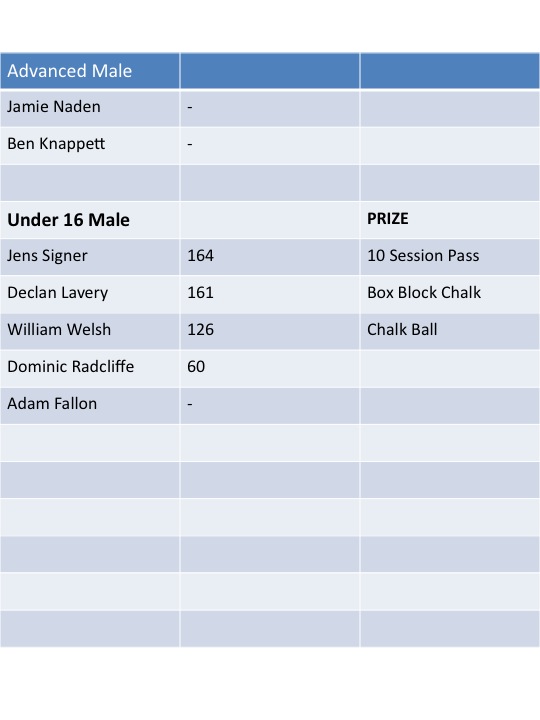