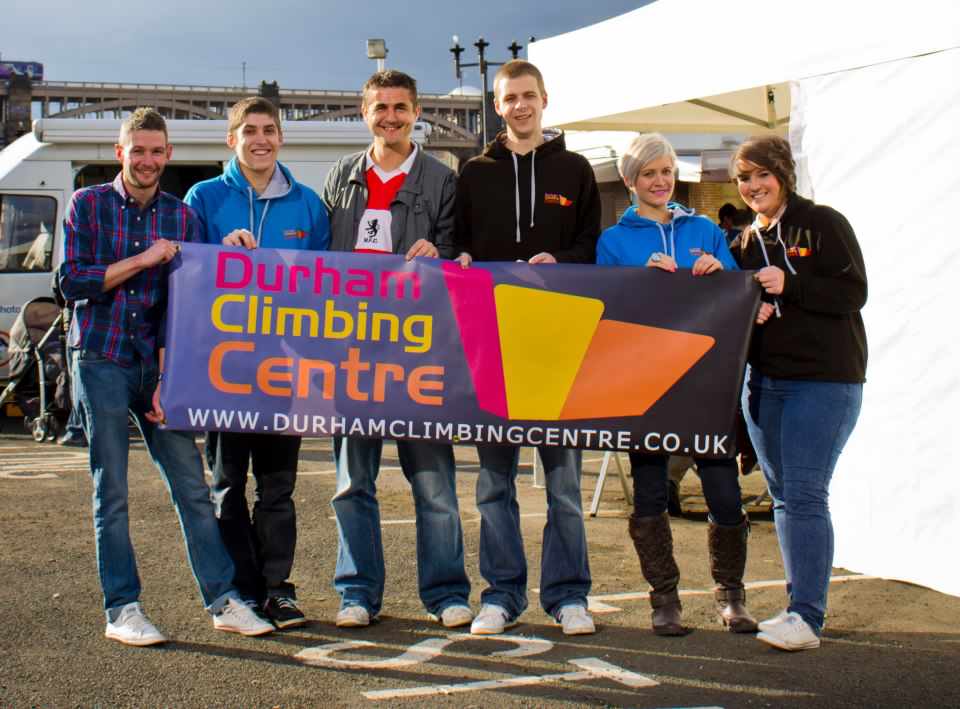 Our 5th Birthday this weekend has been marked by a series of fun events which started on Friday with the Route Setting Workshop. Five new problems were set by some of our own climbers, with votes collected all weekend on everyones favourite route! The winning route created by George is ‘Green #22’ aptly named George’s Aréte earning him a big bag of Superchalk and Spiky Finger Massager for his trouble. Thanks George! All the routes, some with very interesting names may be climbed for a while yet!

On Saturday, some of DCC’s staff team and parents took part in a charity zip slide jumping from the Tyne Bridge and landing on a big crashmat on the Newcastle Quayside. If you saw Bear Grylls sliding down with the Olympic Torch earlier on in the year, you can appreciate how high it is! We made it down safely and have the video footage and pics to prove it. Head Children’s Coach Andy jumped off with our GoPro camera in tow, capturing his expressions on the way down – hilarious viewing. Keep posted this week for videos and pictures from the day.

Finally on Sunday we celebrated at the centre with a birthday buffet and cake. Children enjoyed the cupcakes and jellies as well as taking home goody bags. Richard Royle a regular at DCC held the winning raffle ticket to take home a pair of climbing shoes! Our new pet fish have been introduced, so keep an eye on the fish tank as we will be adding more next week. Thanks to our great staff team of instructors and reception staff. Thanks also to our less well known staff team including our route strippers Jamie & Dan, Photographer Luke Stoker, Paul and the boys next door and our Cleaner Amanda who comes in very morning before we open. The whole weekend has been a blast thanks to everyone for coming and all who have supported DCC over the last 5 years. 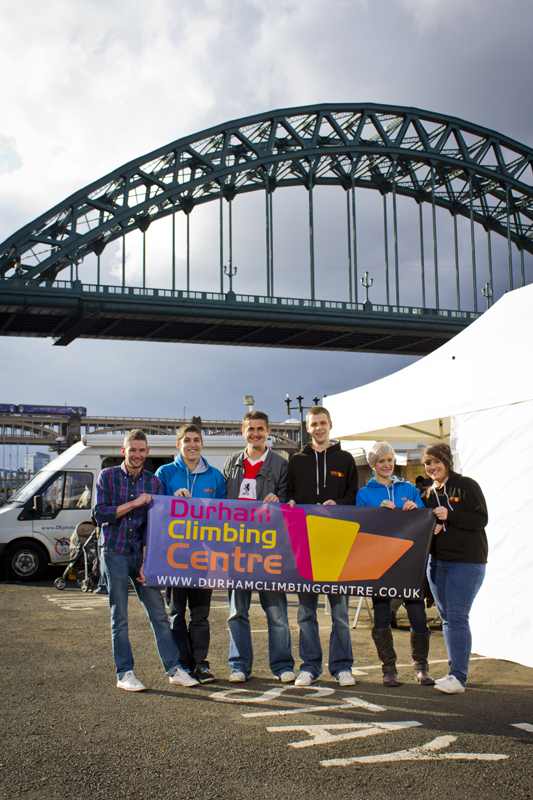