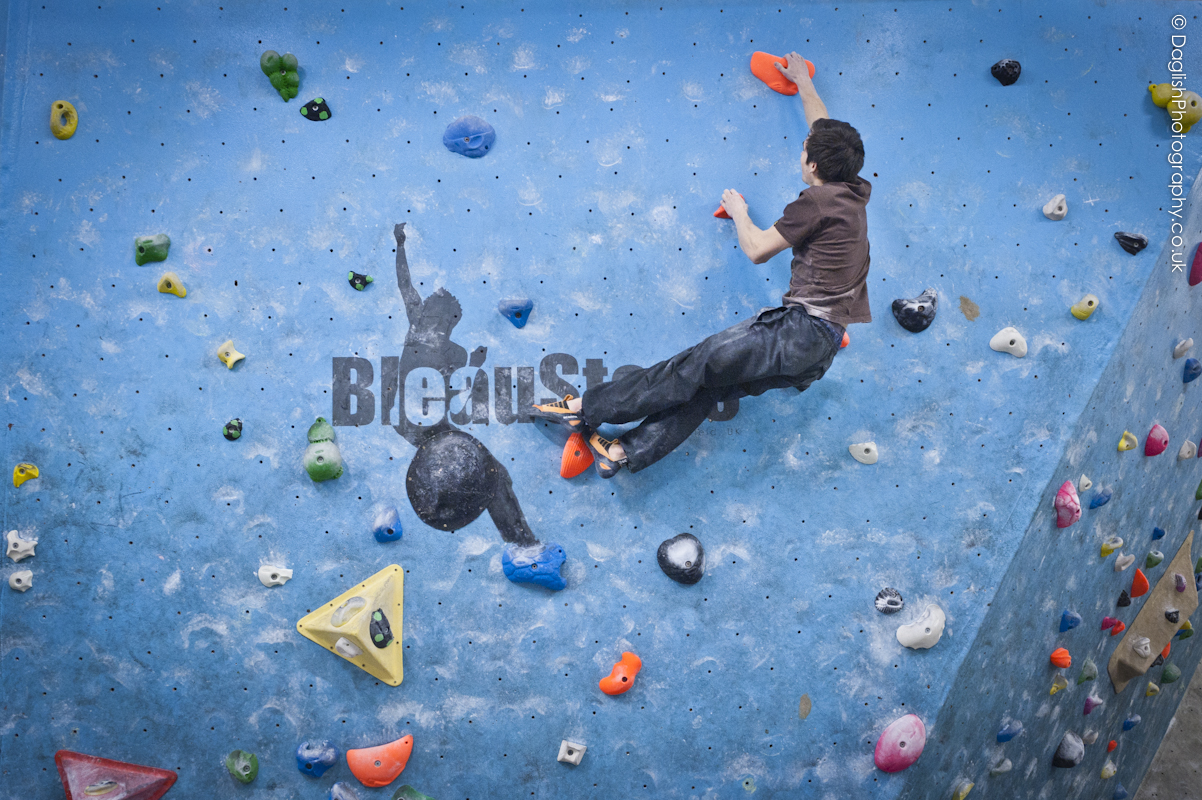 Congratulations to all our competitors to have completed Round 2 of the HRT Winter Bouldering Series! We think this round was slightly trickier than the last, with three or four really hard problems and quite a few of those ones which look pretty easy but catch you out once you get started!

We had an excellent response to the extra set of orange holds that complemented the existing set used in the last round. Particular favourites included the under water themed set used in the kids section (which included a sea turtle, a squid, various fish and a frog!), our new ‘techno’ set of futuristic holds, and of course the alien heads. Most felt the texture of these holds was more like real rock, with good grip and friction helping boost people up that last foot of the wall.

Two problems on the volcano (problems 13 and 16), and problem 20 in the tunnel came out as the trickiest, whilst more fun was to be had on the low start of problem 3 on the slab. The start of this involved bridging between the aliens eye and the opposite wall! Many interesting shapes were pulled to get started on the problem (some wouldn’t look out of place in an advanced yoga class), but once established the problem eased into a nice slab climb. A run and jump to get started on problem 6 foxed many, as did several of the problems using the arêtes in the tunnel. Everyone thought it was funny to see some competitors running not so gracefully and jumping into the wall on Problem 6! Overall, another excellent set of problems from ‘The Mickey’s’ Page and Stainthorpe. 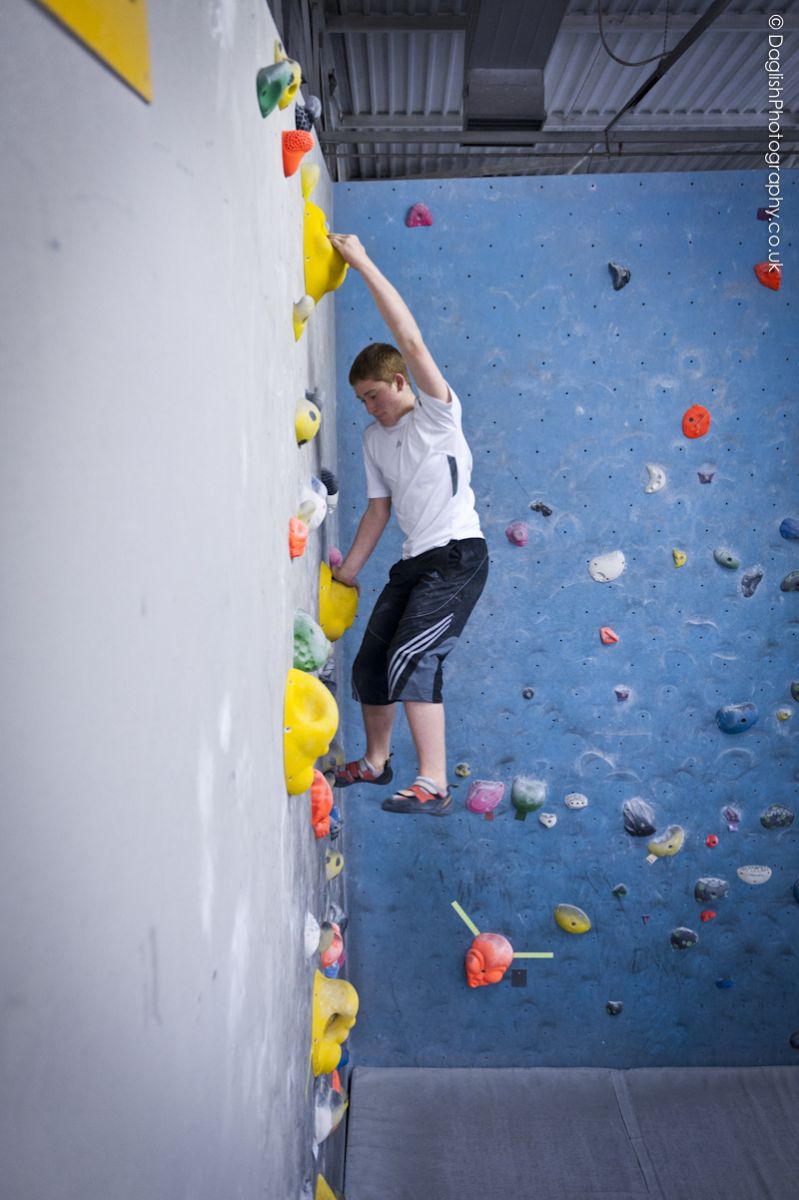 In the Junior Female category Bethany Heslington performed really well, improving significantly on her 1st Round Score and boosting her into lead position – Nice one Bethany! Megan, the Round One winner is not so far behind though so it will be all to play for in Round Three. With a few new competitors entering the Junior Male category the field has widened quite a bit. Ryan Jackson has managed to retain his lead with an impressively high score, but has newcomer Sam Cottrell hot on his heels. Climbing Academy star Thomas Dumble is really getting his teeth into this competition – his very first Winter Bouldering Series, and is definitely a name to watch out for.

The Senior Female field is really strong this year, with more repeat competitors than in any other category. Anna Huber has retained her lead from Round One, but with lots of high-scoring newcomers, Round Three is going to be interesting! The Senior Male category is dominated by Paul Carruthers yet again, although by the time he got round to problem 20, the last really tough one, he was out of steam and dropped a few points there – the man is human after all! There are so many close scores around 260-300 points that this year the competition is really close and it will be all the play for right up until the final Round. Katy Banner’s score has sky rocketed standards in the Vets Female category with an impressive 238! Surely if she enters the remaining rounds we’ll be seeing a new name etched onto the Winner’s Trophy! The Vets Male category top scores are all approaching the 300 mark with not much between the top 3 scores; these experienced climbing champions mean business!

So, we hope you enjoy a well-deserved break over the Christmas holidays before the next Round on 20th and 21st January! If you haven’t yet entered the Winter Bouldering Series you will unfortunately be down a Round in the final scores. However, it is not all about winning, so why not make it your New Year’s Resolution to start competing in the Series? It is a fantastic way to focus your sessions and you’ll be amazed at how well you’ll perform!