What a Weekend for climbing!

After five rounds this summer and over 100 children taking part, the Durham Climbing Centre Youth Boulder Ladder 2014 has come to a close. Juniors placing 1st, 2nd or 3rd in the YBL have won a prize, trophy and certificate for their hard work. Everyone else efforts have not gone unnoticed by parents and all the staff here at DCC. Presentation ceremonies will be taking place all week on Rock Stars Lessons at DCC. Thanks to event sponsors Beta Climbing Designs, Beyond Hope, Holdz, EB. 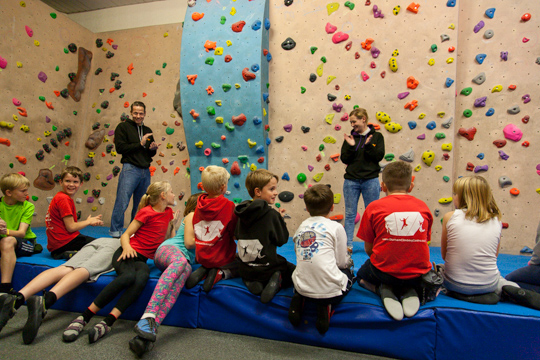 Congratulations to everyone who took part, for some it was their very first climbing competition! The competition format is known as a ‘ladder’ as juniors may move up or down the scoreboard as they add more points to their score with every visit. Each round lasts 3 – 4 weeks when juniors can attempt the numbered problems in each round. This year juniors attempted around 12 problems on the junior wall, and the rest in the advanced area. Juniors even climbed the same problems as the adults this summer – that just shows the standard DCC juniors are at!

Fantastic to see all DCC Junior Academy climbers achieving podium places. Tom Dumble and Joseph McGrother taking 1st and 2nd in 10 – 12 boys – and a very close contest between these two climbing buddies. Jonah Kirtley showed his dedication to the sport taking 3rd after completing only a few rounds. Cayla Davies taking 1st in 10 – 12 Female after completing just 2 rounds! A special mention to DCC Academy newcomer Georgia Hewison winning her first ladder in the 7 – 9 Female Category and also winning Under 16 Female for the highest Under 16 Female score!

In 7 – 9 Male, scores were close between the top 3, eventually finishing with twins Nicholas and Alexander Royle taking 1st and 2nd, with Peter McGrother hot on their heels taking 3rd.

In the eldest category, congrats to Jack Graham who gave stunning performances every time! Jack took 1st in 13 – 15 Male and also placed 2nd in the adult version of the ladder this year despite only being 15! As jack is the highest scoring Under 16, his name is now emblazoned on the SBL trophy for all to see. Luke Paxton took 2nd after completing every round this summer and DCC regular Joe Creffield took 3rd. In the Female 13 – 15 Category, 1st place goes to Hannah Mayne, 2nd place to Jodie Hall and 3rd place to Poppy Gallantree.

Well done everyone, and to the route setters for delivering some spectacularly creative and difficult problems.

Dates will be announced soon for the next junior competition at DCC, the Junior Winter Series. in the meantime, check out the information for DCC’s 7th Birthday ‘7 Wonders’ Themed Birthday Party 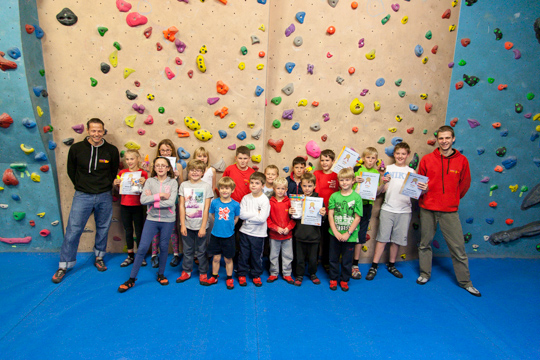 Juniors from the North East and Lakes Team and DCC Academy travelled to Ratho this weekend for the Scottish Lead and Speed Junior Championships with two young climbers from our region taking SILVER! Joseph McGrother in group D Top rope and speed and Sam Bullock in group C Lead! Massive congratulations in this huge event.

‘Awesome day at the World Youth Championships with all the GB team making the semi finals the most we have ever had. 7 climbers going into the semi finals what a privilege to be with this talented team at the biggest and hardest competition of the year.’ 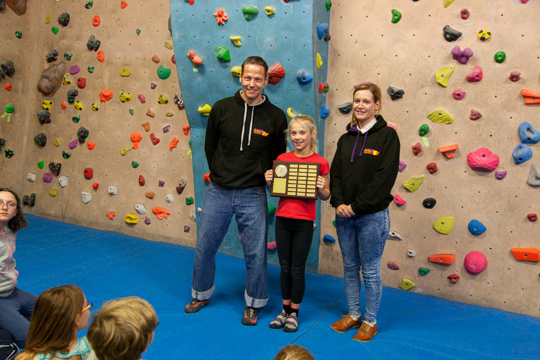 GB Climbing Team climb really well with William Bosi qualifying for the finals of the World Youth Championships in first place. The final results of the rest of the team are: Hannah Slaney 13th Rebecca Kinghorn 18th Molly Thompson-Smith 16th Peter Dawson and Alex Waterhouse 19th equal and Jim Pope 23rd With six climbers in the top twenty in the World and William climbing in the final, a very successful trip for the Junior Lead Team. William Bosi finished in 8th place after the final.