Round 4 WBS Round Up!

Round 4 Winter Series took place this weekend at DCC with a free curry supper and some spectacular problems from Gaz Parry! Another bout of snow did not stop the crowds coming along and the centre was packed. No one managed a clean sheet in this round, as Number 15 in the cave stumped everyone! Number #5 Included a thought provoking two handed start on the peanut volume demonstrated here by Gaz. Did anyone work this out?! 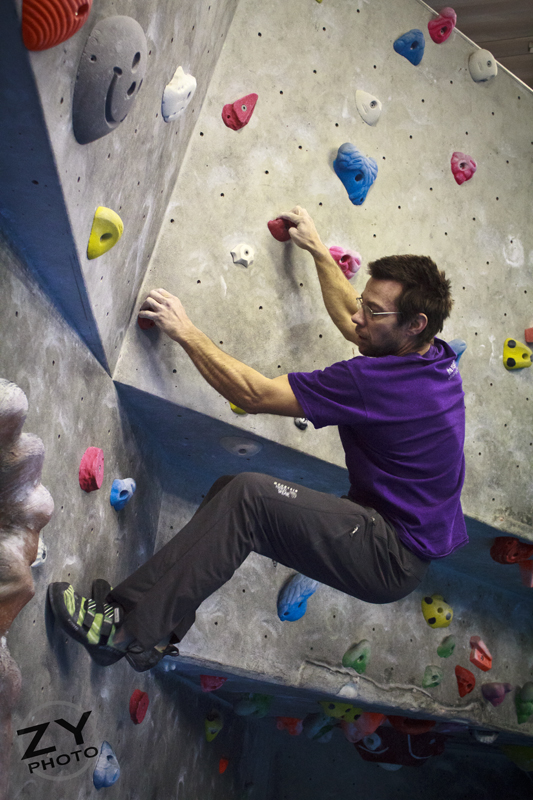 In the Junior Male Category, Jack Graham took the lead by over 100 points and would have finished 3rd in the Senior Male Category! No mean feat and an outstanding achievement for his 13 years! DCC Junior Coach Ryan Jackson finished happily in 2nd with lovable Luke Paxton in 3rd competing alongside Dad Garry.

In the Junior Female Category, Mairi Teasdale made the long trip to DCC for every round with her dedication paying off for a 1st Place finish. Joint 2nd Place goes to climbing buddies Megan Hunter and Bethany Heslington whose Tuesday evening Junior Academy coaching has earned them high scores.

In what most would consider the toughest category Senior Male (although the Male Vets gave them a run for their money!) there were no surprises as Paul Ogden lived up to his ‘Mr Awesome’ nickname. Storming ahead and taking the lead in almost every round deservedly finishing in 1st place. Paul is also the only competitor in the series to achieve a clean sheet in Round 3. In 2nd place and only a few points behind Paul is Sam Brannigan who after a break from the rock is clearly back on competition form. Alfred Millett Sikking took 3rd place by a whisker ahead of Matt Gibbings.

In the Senior Female category, Alison Monks is clear by 99 points ahead of Anna Huber for 1st Place. Alison has put her training to good use over the course of the series and delivered some strong round scores. 2nd Place Anna Huber climbed consistently well throughout and 3rd Place goes to DUMC Climber Bex Waring. Great to see a strong DUMC female presence this year.

In the Vets Male and arguably the most competitive category as the top 3 battle it out year after year! Last year James Hunter took the title from Andy Watmough who previously held it for 2 years. It was all to play for as Charlie Gardiner got in on the action. In the end James Hunter finished in 1st, Charlie Gardner 2nd and Andy Watmough 3rd. Bring on next year for these three to battle it out again!

In the Female Vets, no competitors turned up entered at least 3 rounds therefore we have decided add the highest score overall from 2 rounds onto the WBS Female Trophy. Congratulations Larry Jones.
Now after 4 rounds, the DCC Winter Series approaches the final stage on Friday 22nd March. More problems ahead from Gaz Parry for the top 5 Males and Females to decide the Male & Female Overall Winners! A goody packed raffle & more! Find out about the final here.

Look out for round 4 photos online in the next few days. Thanks to Luke Stoker Photography for producing some brilliant action shots, a selection of these will make the display on the Advanced Notice Baord. Thanks to Namaste & Taylors for some top notch fodder! Thanks to everyone for coming along and taking part, our route setters and sponsors for assiting with DCC’s best Winter Series yet!