Congratulations to male and female winners Paul Ogden and Kate Watson of the Durham Climbing Centre Spring Bouldering Competition on Saturday 11th May.

In qualifying, the 20 problems set by Gaz Parry were very technical and crimpy with the crux revealed as #5 on the barrel with only Paul Ogden, Jonah Vinsome and Peter Stephenson sending this one. In the qualifying results, Jonah Vinsome flashed everything with Paul Ogden hot on his heels having only dropped 3 points. For the final problems, Gaz Parry brought out the burl with six powerful final problems, 3 each for the men and women. Men’s Problem 2 on the arête of the ‘volcano’ proved just too difficult after no one stuck the slopey pinch before the bonus hold. No tops and no bonus for this one!

Steve Crowe on the banana volume

In the background, Sam took to the decks to rev up the eager crowd and played a soulful mix of funky house music to the enjoyment of most! Paddy donned his pinny for the outdoor BBQ serving up a meat feast! Upstairs, the younger crowd hung out in the cinema room watching Dosage with popcorn. Everyone came together to cheer on the table tennis tournament with eventual winner Adam Porrett and runner up James Thompson picking up Panini & coffee vouchers for their efforts.

On the day, a collection pot for Climber’s Against Cancer raised over £60 which DCC have topped up to £100! Thanks to everyone for donating 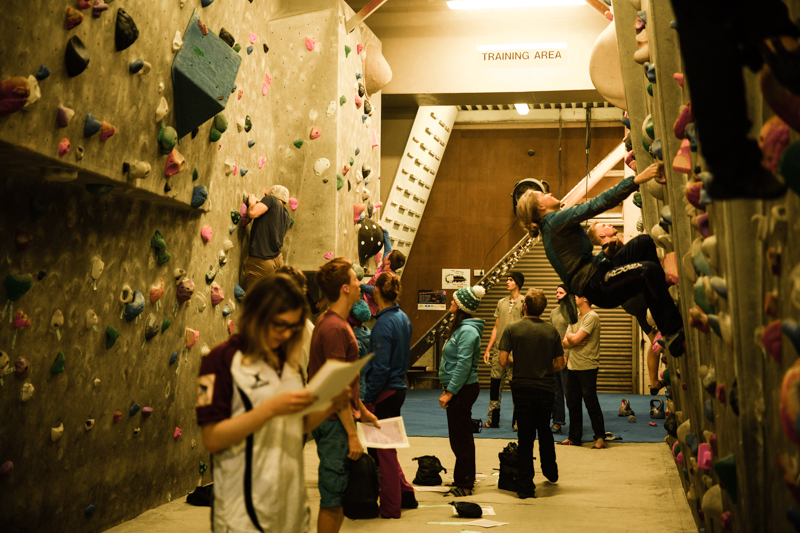